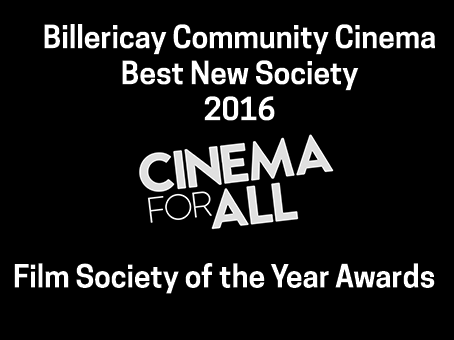 After running for just over a year, Billericay Community Cinema won the coveted “New Film Society of the Year Award” at the community cinema equivalent of The Oscars in Sheffield. These are run by Cinema For All which is the national support and development organisation for community-led cinema: community cinema, film clubs and societies.

In September 2016 we had the exciting news that we had been shortlisted in two categories: “Best Marketing and Publicity” and “Best New Society”. In November we attended the national “Film Society of the Year Awards” in Sheffield to find that not only had we gained a Distinction in the “Best Marketing and Publicity” category, but that we had won the coveted “New Film Society of the Year Award”.

The awards showcase the very best of Community Cinema, recognising the hard work of the volunteers who bring film to communities across the length and breadth of the UK. 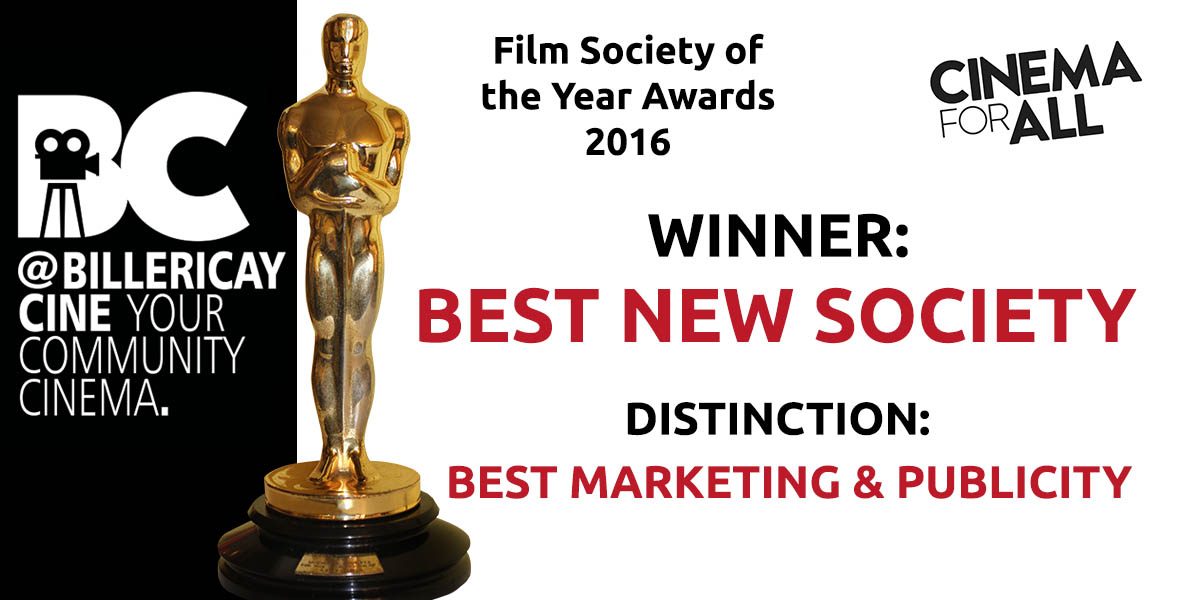