@BillericayCine is a national award-winning not-for-profit Community Cinema run entirely by volunteers. We keep films affordable for the local community, trying to offer a wide range designed to appeal to all. November 2016 saw us being awarded the honour of the CinemaForAll national “New Society of the Year Award”.

@BillericayCine came about through an idea generated during the recent “Billericay’s Big Do” run by Essex County Council whose aim was to help the community identify ways of making better use of the Library and Burghstead Lodge. 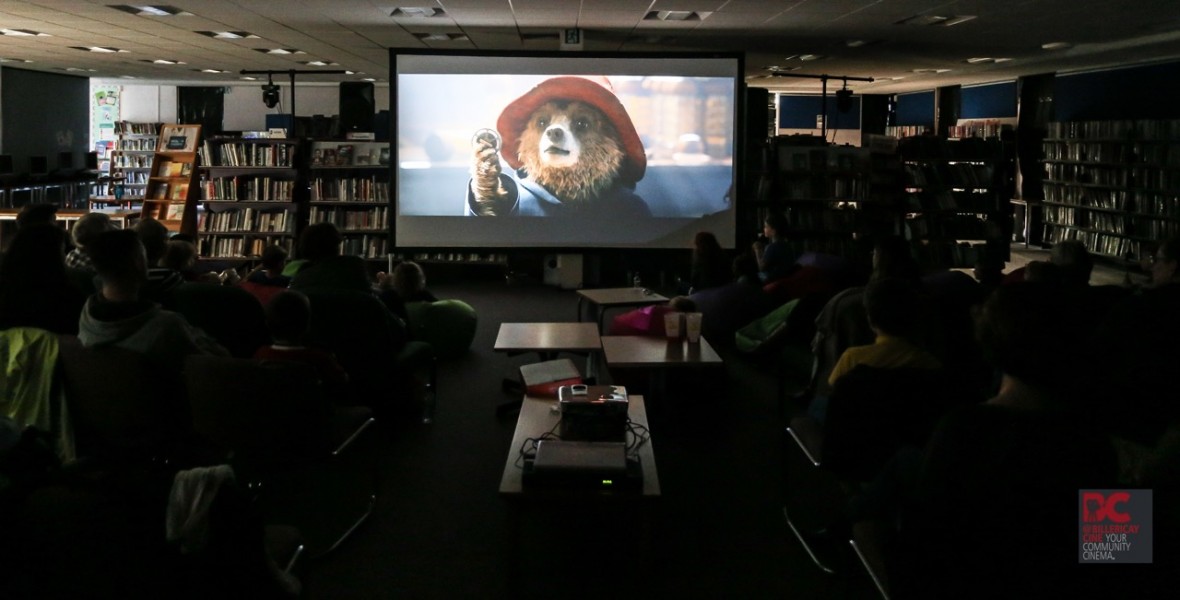 Our screen is 3.5 metres wide by 2.5 metres tall. For each show we move the bookcases from about half of the Library space, bring in up to 60 comfy chairs – or for the Family Sunday shows about 40 chairs and 18 beanbags (which the kids love!). There’s plenty of space, easily accessible loos and we have our own refreshment stall selling a range of reasonably priced products including our own freshly made popcorn. For the younger viewers there is water, fruit shoots and small and medium sized bags of sweets. For the adults there is tea and coffee – in china cups and saucers which often get very positive feedback! And, on Film Thursday we have wine and beer from the Billericay Brewing Company.

Much more than the screen

For us, a trip to the cinema isn’t just about the film. It’s about the Community Experience which extends beyond the screen. So how do we manage that? 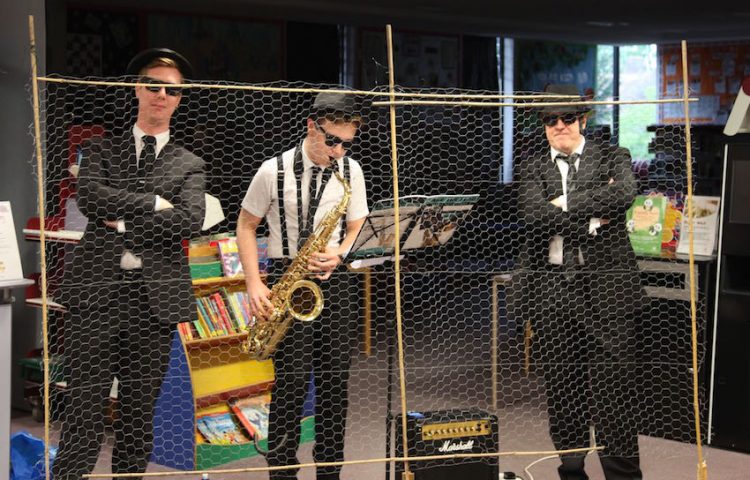 LIVE MUSIC! Prior to some films we might have live music. We’ve had a number of talented young local musicians playing keyboards and saxophone. At the Blues Brothers, 16 year-old Adam Holdsworth even performed behind  chickenwire – reminiscent of Bob’s Country Bunker from the film! 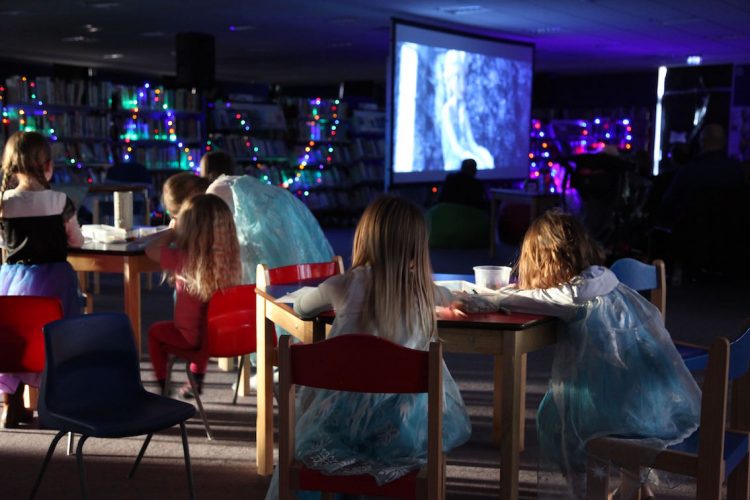 ENTERTAINMENT! At our Family Sunday films we recognise that keeping youngsters occupied before (and sometimes during!) films is a challenge so we’ll usually include one or more activities. These could be colouring (of characters in the film), tattoos of film characters (temporary, obviously!), making masks of film characters – or perhaps face painting which has proven very popular. 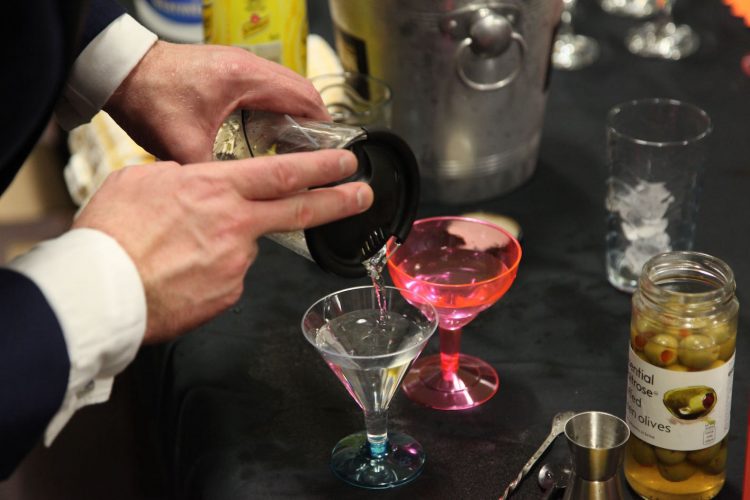 SPECIAL DRINKS! At our Film Thursday shows we always have wine, beers from the Billericay Brewing Company and of course our well-loved tea in china cups. But sometimes we go a bit further and have cocktails. These worked beautifully when we showed Casablanca – with our mocked up “Rick’s Cafe American”.

We aim to have a guest local Charity or Community Group at each of our Thursday showings. The idea is to give some much needed additional – and free – exposure to local groups. Recent groups have ranged from the Billericay Street Pastors to the New Crawdaddy Blues Club, from the Billericay Archive to the fabulous BOSP (Brighter Opportunities through Smarter Play). We encourage our customers to pay them a visit either before the film or during the interval.

What will you show?

We show two films per month; “Film Thursday” evening is aimed mainly at adults whilst our “Family Sunday” is an afternoon show.

We want to be as inclusive as possible – which means we will be showing a wide range of films covering different genres. We’ll show everything from recent blockbusters to musicals such as Les Miserables, Grease and Dirty Dancing; from Classic movies such as Citizen Kane and Gone with the Wind to black and white films like To Kill a Mockingbird and Casablanca – and from shorts (Buster Keaton) to niche films by independent UK film makers, art-house and foreign language.

What makes @BillericayCine so special?

@BillericayCine is cheaper than the multiplexes – we want it to be affordable across the community, with better, more personal service & with extra features – tea/coffee served in china cups, wine and locally brewed beer, soft drinks and refreshments. We have our very own popcorn machine so you can be assured that everything is fresh and tasty – and for the kids on “Family Sunday” our beanbags are both unique and fun.

We have the occasional “themed” showings – perhaps a Bond movie where people “Come Dressed to Kill” and we serve a cocktail, Back to the Future where people dress for the period – and maybe even the cult Rocky Horror Show.

Themed events for the kids might involve additional entertainment , or a fancy dress show where kids dress as their favourite character. And, of course, for both adults and kids, a Christmas Movie Special

We want to ensure we give more people the opportunity to enjoy a social night out at the cinema. Our good value ticket prices and High Street presence will make it accessible to more people. Focusing on our Community, each “Film Thursday” will feature a local charity or community group, and we are working with other groups to find ways of putting on special shows for charities and arranging for those less able to travel to come and enjoy a great night out at the Flicks !

Have a look at some of our “Opening Night” footage : see what you think.