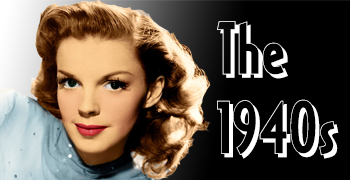 Having spent much of the last year in the 1950s, we’ve decided to go back a decade. Choosing 7 films from the literally hundreds of high quality classics was difficult. Our Programming Team produced a shortlist of 25. From there our Committee voted and reduced it to 15 – after which all of our Volunteers were asked to vote for the 7 they thought we should show. And here they are. We hope you like them!

Orson Welles’ story of the efforts of news reporters to decipher the meaning of the last ever word of a publishing tycoon : “Rosebud”. Only surpassed in 2012 (by Vertigo) as “the greatest film of all time”. Drama/Mystery. PLEASE NOTE… tickets will be on sale from February 8th.

MAY 10 – THE PHILADELPHIA STORY

Orson Welles returns as Harry Lime in one of the archetypal film-noir mystery thrillers, based on a novel by Graham Greene. Film Noir/Mystery/Thriller

Celia Johnson and Trevor Howard star in this ultimate tearjerker, by Noel Coward. One of the more taboo films from the era – yet one of the most glorious films of the 40s. Please bring your own handkerchiefs. Drama/Romance

AUGUST – No show. We’re having a break!

John Huston’s directorial debut – “there’s only one Maltese Falcon”. Humphrey Bogart & Mary Astor. Considered to be one of the best classic detective mysteries ever made. Film Noir/Mystery

The reception of our audience to The Ladykillers was probably one of the best we’d had so we’ve chosen another Ealing Comedy. In 1949 the Ealing Studios was at its peak – perhaps not surprising as we have Stanley Holloway leading a cast which includes Charles Hawtrey, Margaret Rutherford and Basil Radford. Comedy

NOVEMBER 8 – MEET ME IN ST LOUIS

Judy Garland’s most famous role. A story of love with song, dance and period costumes – all in glorious Technicolor. Musical/Comedy/Drama/Romance

No, not the one with Richard Attenborough but the original 1947 version with Edmund Gwenn and Maureen O’Hara. Christmas/Comedy/Drama