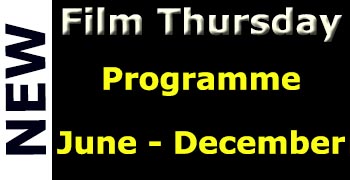 After much discussion, debate – and a few drinks – we’re pleased to announce our “Film Thursday” schedule for the second half of the year. You asked us to keep a mix of genres and we hope we’ve done that. From 1916 to 2014, from Comedy to Western, Musical to Documentary there’s something for everyone. And if you’ve not seen the film – why not give it a try? At just £5 for a ticket what have you got to lose? We love feedback and one of our favourite comments is from Mrs Ellis which encapsulates what @BillericayCine is all about:

“I’d never seen Hairspray, I knew nothing about it but I thought I’d give it a go and I loved it.”

A classic Will Ferrell movie. Ron Burgundy is a news anchorman at the top of his game in 1970s San Diego. But life is about to change as Ron’s male-dominated station, Channel 4, hires its first female anchor. While Ron continues fighting with competitors and flirting with the ladies, Veronica Corningstone is quietly working her way to the top

As part of the Centenary Commemoration of the start

of the Battle of the Somme, the Imperial War Museum is providing copies of this fully restored film to groups around the UK. In conjunction with Essex Libraries and the IWM we are proud to host two screenings of the film which will be free of charge to enter. This is one of the most popular films in British Cinema History being seen by over 20 million people at the time. It was produced on the expectation that the Somme offensive would be a great success and would record the victory of the British Army – thereby rallying civilian support for the war effort.

ector Tim Burton brings a host of stars together in this Oscar nominated film based on Daniel Wallace’s book “Big Fish: A Novel of Mythic Proportions”. Ed Bloom (Albert Finney) is a former travelling salesman from the southern US who is now confined to his deathbed. His estranged son, a journalist, tries to mend their relationship as his dying father tells of his eventful life through a series of tall tales. Ewan McGregor plays the young Ed Bloom.

One of the classic Westerns positively brimming with big names : Yul Brynner, Eli Wallach, Steve McQueen, Charles Bronson, James Coburn. It’s a Western adaptation of Kurosawa’s classic Seven Samurai and tells the story of a small Mexican farming village who are terrorised by badits. Village elders send farmers into America to find gunmen. Seven agree to help, each for a different reasons – and they have to prepare the village and its inhabitants against the bandit attack. Chris – who requested this – promised to come dressed as a cowboy. What a great idea!

Not only is it Halloween, but it will be Billericay Community Cinema’s first birthday so we’re really looking forward to this. Another Tim Burton movie staring Michael Keaton, Geena Davis and Alec Baldwin. Adam and Barbara are a normal couple … who happen to be dead. They’ve spent their time decorating their house to make it their own – but now a family is moving in and disturbing their peace. Trying to scare them out, Adam and Barbara end up becoming the main attraction to the family and so they call on the services of Beetlejuice to drive out the new owners. Beetlejuice, however, has other ideas. Oh, and did we mention our First Birthday?!!

s is an additional showing on a Sunday afternoon so that as many people as possible can see this historical archive. Details as above.

The film was show between 25th June and 9th July 1916. A five-reel film, the first two cover the preparations for the infantry attack, the third covers the attack on the 1st July and the last two the aftermath of the battle.

Oscar nominated for Best Motion Picture, it took 4 other Oscars. Set between the First and Second WorldWars, Ralph Fiennes is Gustave H, a legendary concierge at a famous European hotel. Zero Moustafa is a lobby boy who becomes Gustave’s trusted friend and the story revolves around the theft of a priceless Renaissance painting.

Only open at holidays, a crooner (Bing Crosby) and a hoofer (Fred Astaire) are competing for the affections of an up and coming performer (Marjorie Reynolds). Packed full of songs from “Easter Parade” through to the very first outing of “White Christmas” this movie regularly features in “Top 10 Christmas Movie” lists.