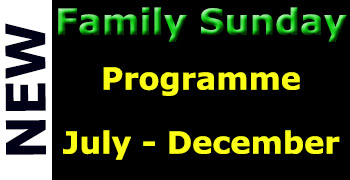 We’re pleased to announce our “Family Sunday” schedule for the second half of 2016. We’re keeping to the tried and tested formula that you all seem to like with a range of different, but very entertaining family films. And of course we’ve got Halloween and Christmas coming up (yes, we have to plan ahead!) – as well as Billericay Community Cinema’s First Birthday. We’re so excited! Tickets are just £7.50 for a family of up to 4 or £3 for a single ticket.

he film that inspired a generation! Little Andy loves to play with his toys, especially his doll “Woody”. But when Andy’s not there all of the toys come to life. As Andy’s favourite toy, Woody has a great life. But this all changes when Andy is given a new toy for his birthday, Buzz Lightyear. Buzz becomes the favourite. And Buzz doesn’t believe he is a toy. Woody, consumed with jealousy tries to get rid of Buzz. Both get lost – and must find a way back to Andy before he moves house. Oh, and escape the clutches of ruthless toy filler, Sid Phillips.

But you knew all this, didn’t you?

Growing up can be a bumpy road, and it’s no exception for Riley, who is uprooted from her Midwest life when her father starts a new job in San Francisco. Like all of us, Riley is guided by her emotions – Joy, Fear, Anger, Disgust and Sadness. The emotions live in Headquarters, the control centre inside Riley’s mind, where they help advise her through everyday life. As Riley and her emotions struggle to adjust to a new life in San Francisco, turmoil ensues in Headquarters. Although Joy, Riley’s main and most important emotion, tries to keep things positive, the emotions conflict on how best to navigate a new city, house and school.

One of the classic animated adventures, the 1961 release is hard to beat and continues to live up to the expectations of today’s young children. Dalmatians Pongo and Perdita have a litter of  puppies. The evil Cruella De Vil takes a fancy to them because she wants to make a lovely dalmatian skin coat. She hires some thugs to kidnap the pups.

Will they escape being made into coats? Will Pongo and Perdita rescue them in time?

You’ll have to watch to find out!

Not only is it Halloween, but it will be Billericay Community Cinema’s first birthday so we’re really looking forward to this. The Hotel Transylvania is where monsters bring their families on holiday far, far away from the frightening humans. Dracula invites his friends to his daughter Mavis’ 118th birthday – Frankenstein and his wife Eunice; Wayne and Wanda, the werewolves; Griffin, the invisible man; Murray, the mummy and Bigfoot.

But as the party starts, Jonathan, a human, stumbles across the hotel. Dracula has to disguise Jonathan as a monster – and chaos ensues!

What if the asteroid that forever changed life on Earth missed the planet completely and giant dinosaurs never became extinct? In this epic journey into the world of dinosaurs, an Apatosaurus named Arlo makes an unlikely human friend.

While traveling through a harsh and mysterious landscape, Arlo learns the power of confronting his fears and discovers what he is truly capable of.

Inside a snowflake exists the magical land of Whoville. In Whoville live the Whos, an almost mutated sort of munchkinlike people. All the Whos love Christmas, yet just outside of their beloved Whoville lives the Grinch. The Grinch is a nasty creature that hates Christmas, and plots to steal it away from the Whos which he equally abhors. Yet a small child, Cindy Lou Who, decides to try befriend the Grinch.