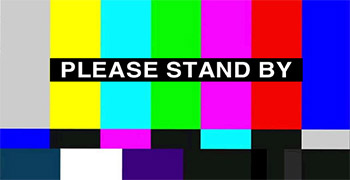 What a great way to start a post! Unfortunately, “due to circumstances beyond out control” we can no longer show “Independence Day” in June.

We’re very sorry about this because we know a number of you were really looking forward to seeing it back on the big screen. We thought, given the release of the new “Independence Day” film about a week later that it would be a great way for people to familiarise themselves with the story. They could then head to the multiplexes to see what happens next.

We’re always learning at Billericay Community Cinema – and we now know that film owners sometimes put a freeze on public showings of films when a new release is due out. This happened with Star Wars (we liked the idea of showing the original Star Wars before The Force Awakens came out) – and has now happened with Independence Day. They can also do it without any real notice… Other Community Cinemas we’ve talked to say that this isn’t unusual – and they often preface their schedules with “all films subject to last minute change”!

We’re not sure we understand the logic – however – that’s life.

But now on to the good news. We’re in the final stages of agreeing our films for the rest of the year and will announce those and the replacement film for July within a few days. Your feedback said that you wanted us to continue showing a range of films and we’ve also included a number of the films from the many that you suggested.

We’re really excited with what we’ve got lined up for the second half of the year and are looking forward to sharing this with you – which includes Halloween, Christmas, our First Birthday and a special film commemorating the centenary of the Battle of the Somme in 1916.